The Malaysian Ringgit is the currency unit of the Malaysian currency with the code MYR. Ringgit have banknotes worth RM100, RM50, RM20, RM10, RM5, RM1 and 50 sen (cent) coins, as well as 20 sen, 10 sen, and 5 sen coins. Earlier, money was known as dollar in English and ringgit in Malay. However, the “$” symbol continued to be used until it was changed to “RM” in 1993 and continue to be used until today.

Counterfeiting, in particular, the forgery of banknotes

The Malaysian ringgit (/ˈrɪŋɡɪt/; plural: ringgit; symbol: RM; currency code: MYR; Malay name: Ringgit Malaysia; formerly the Malaysian dollar) is the currency of Malaysia. It is divided into 100 sen (formerly cents). The ringgit is issued by the Central Bank of Malaysia.

The Malaysian Ringgit (also known as Malaysian dollar) is the official currency of the Malaysian Federation since June 1967. The Ringgit has the ISO 4217 MYR code and is represented by the RM symbol.

The Malaysian Ringgit is divided into 100 sen. These two names (Ringgit and Sen) were officially adopted in August 1975.

Today, Ringgit coins and bills are issued by the Central Bank of Malaysia (Bank Negara Malaysia).

Banknotes and coins of the Malaysian ringgit in use

technique, namely chemometrics fuzzy autocatalytic set (c-FACS) is presented in this paper, together with the results and its comparison to principal component analysis (PCA) method. The results from the c-FACS analysis showed distinct patterns and features of the counterfeit banknotes in the c-FACS plot. Furthermore, the new method is faster than PCA in authentication analysis of counterfeit banknotes. 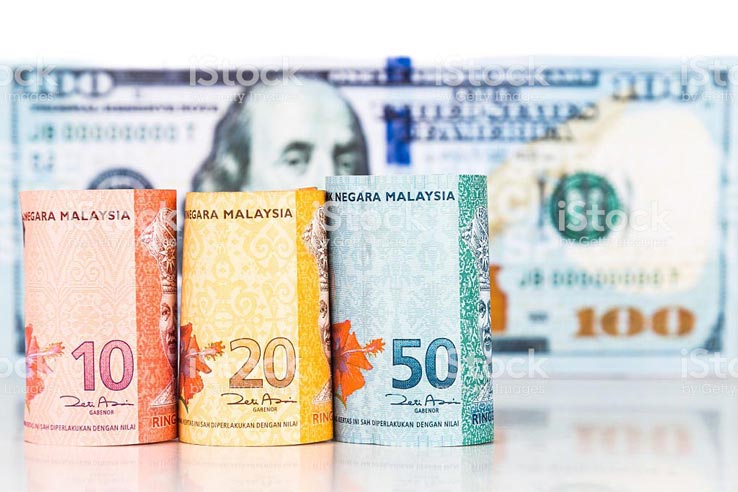 One of the most important things to do before traveling to a new country is to get your money changed, in this case, changing into Malaysian Ringgit. Usually, you will head to your trusted money changer for this matter, but travelers often wonder if they are getting the most current banknotes, not some discontinued and demonetised ones?

The currency symbol for Ringgit Malaysia is RM, internationally the currency code for Malaysian Ringgit is MYR. Often referred by local as only Ringgit & Cent, for example RM1.20 as One Ringgit Twenty Cents.

* Confusingly Dollar & Cents still used amongst the older generation due to the fact that Ringgit were only officially adopted as the sole official names in August 1975.

Banknote or paper money was first used in China in the seventh century, and it is believed to be actually developed and appeared in the eleventh century, during the Song dynasty In Europe, the concept of banknotes was first introduced during the thirteenth century and firstly appeared in Sweden in 1661. Bank Negara of Malaysia (BNM) began issuing Malaysian currency notes in June 1967 in five denominations,

The current banknotes released by Bank Negara (BNM or Central Bank of Malaysia) is the Fourth Series and features traditional expressions in the art and craft, natural wonders, flora and fauna, economy and tradition.

adapted the FACS method in combination with a chemical technique, namely Fourier transform infrared (FTIR) spectroscopy, to analyze chemical dataset of gelatin. The new advanced method is called chemometrics fuzzy autocatalytic set (c-FACS). Since then, the c-FACS method has been established and utilized in other various applications involving food authentication

All 4 series of banknotes (except for RM500 and RM1000) are technically still legal tender, so this means that you will be getting some very old series of banknote that are still circulating amongst the public and this will be a confusing mess especially for visitors to Malaysia.

ringgit, monetary unit of Malaysia. The ringgit, also known as the Malaysian dollar, is divided into 100 sen. The Central Bank of Malaysia (Bank Negara Malaysia) has the exclusive authority to issue banknotes and coins in Malaysia. Coins are issued in denominations ranging from 5 to 50 sen. Banknote values are denominated from 1 to 100 ringgit. The obverse of each of the colourful bills contains a picture of Tuanku (King) Abdul Rahman, Malaysia’s first yang di-pertuan agong (paramount ruler).

The reverse of most bills contains images related to Malaysian culture, natural wonders, flora and fauna, and technological and economic achievements. For example, the rhinoceros hornbill is featured on the 5-ringgit note; the Rafflesia azlanii, a flower indigenous to peninsular Malaysia, is the subject of the 10-ringgit note; and an oil palm, the source of palm oil, a major export of Malaysia, is on the 50-ringgit note. The ringgit was established as the official monetary unit of Malaysia in 1946, when it replaced the Straits Settlement dollar, a colonial currency created in the mid-19th century.

The word ringgit is an obsolete term for “jagged” in the Malay language. The word was originally used to refer to the serrated edges of silver Spanish dollars. Spanish coins circulated widely in Southeast Asia from the 16th and 17th centuries, as Spain controlled the Philippines as part of the Spanish colonial empire. The Portuguese also had influence in the region, due to their control of Portuguese Malacca and due to the Iberian Union of Spain and Portugal. In modern usage, ringgit is used almost solely for the currency.

Due to the common heritage of the three modern currencies, the Singapore dollar and the Brunei dollar are also called ringgit in Malay (currencies such as the US and Australian dollars are translated as dolar), although nowadays the Singapore dollar is more commonly called dolar in Malay. To differentiate between the three currencies, the Malaysian currency is referred to as Ringgit Malaysia, hence the official abbreviation and currency symbol RM. Internationally, the ISO 4217 currency code for Malaysian ringgit is MYR.

The Malay names ringgit and sen were officially adopted as the sole official names in August 1975. Previously they had been known officially as dollars and cents in English and ringgit and sen in Malay, and in some parts of the country this usage continues. In the northern states of Peninsular Malaysia, denominations of 10 sen are called kupang in Malay and called pua̍t (鏺/鈸) in Penang Hokkien which is thought to be derived from the Thai word baht. e.g. 50 sen is lima kupang in Malay or ‘samah’ in Malay Kelantan dialect and gōo-pua̍t (五鏺/鈸) in Hokkien. The Tamil speaking communities in Malaysia use veḷḷi (வெள்ளி) meaning “silver” in Tamil to refer to ringgit, while for sen, the word kācu (காசு) is used, from which the English word “cash” is derived.

The Spanish-American silver dollar brought over by the Manila galleons was the primary currency for international trade, used in Asia and the Americas from the 16th to 19th centuries; it was eventually called the ringgit. The various dollars introduced in the 19th century were itself derived from the Spanish dollar: the Straits dollar, Sarawak dollar and the British North Borneo dollar. From these dollars were derived their successor currencies the Malayan dollar and the Malaya and British Borneo dollar, and eventually the modern-day Malaysian ringgit, Singapore dollar and Brunei dollar.

On 12 June 1967, the Malaysian dollar, issued by the new central bank, Central Bank of Malaysia, replaced the Malaya and British Borneo dollar at par. The new currency retained all denominations of its predecessor except the $10,000 denomination, and also brought over the colour schemes of the old dollar. Over the course of the following decades, minor changes were made to the notes and coins issued, from the introduction of the M$1 coin in 1967, to the demonetization of RM500 and RM1,000 notes in 1999.

As the Malaysian dollar replaced the Malaya and British Borneo dollar at par and Malaysia was a participating member of the sterling area, the new dollar was originally valued at 84⁄7 dollars per 1 British pound sterling; in turn, £1 = US$2.80 so that US$1 = M$3.06. In November 1967, five months after the introduction of the Malaysian dollar, the pound was devalued by 14.3% from US$2.80 to US$2.40, leading to a collapse in confidence for the sterling area and its demise in 1972. The new currency stayed pegged to the U.S. dollar at US$1 = M$3.06, but earlier notes of the Malaya and British Borneo dollar were devalued from US$2.80 to US$2.40 for 8.57 dollars; consequently these notes were reduced in value to 85 cents per dollar.

Despite the emergence of new currencies in Malaysia, Singapore and Brunei, the Interchangeability Agreement which the three countries adhered to as original members of the currency union meant the Malaysian dollar was exchangeable at par with the Singapore dollar and Brunei dollar. This ended on 8 May 1973, when the Malaysian government withdrew from the agreement. The Monetary Authority of Singapore and the Brunei Currency and Monetary Board still maintain the interchangeability of their two currencies, as of 2021.